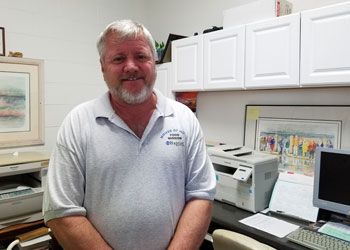 From a successful career in construction, Steve Young became a full-time volunteer as executive director of House of Hope and its Transitional Housing program for men.

Young and his wife, Cyndy, are involved in every detail of operating this ministry to meet spiritual and physical needs in our community. In addition to overseeing collection of tons of food, clothing, bicycles, furniture, and other basic necessities, the work requires managing an army of volunteers.

Young was a Volunteer of the Year finalist in 2017 for FLORIDA TODAY's Volunteer Recognition Awards.

A great passion for Young is helping people recover from setbacks and establish new lives in Christ. He is a longtime supporter of the Transformation Life Center in West Park, N.Y., which was the model for House of Hope's transitional housing program. 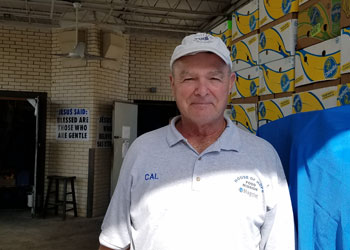 Cal Burch became the director of House of Hope after a 40-year career in federal safequards and security programs, including work with the U.S. Atomic Energy Commission Security Program, the Nuclear Regulatory Commission, and the Department of Energy.

"During my federal service, I talked and thought often of someday being in a position and place to help those in need," Burch said.

In 1982, Burch moved to Florida to serve as chief of launch operations and physical security branch with NASA at the Kennedy Space Center. He retired in 2007 as NASA's chief of protective services.

"It is a joy to work at the HoH weekly with hundreds of other volunteers called by God, just as I was," Burch said. "There are innumerable places to plug in on Mondays and Wednesdays."

Burch's wife, Jan, also volunteers at the House of Hope.